This weekend we completed an aerial mapping mission on a gold claim in BC.  Our drone was able to complete four flights and took hundreds of photos.  Through post processing we were able to produce a high resolution 3D model, digital terrain model (DEM) and a high resolution orthophoto mosaic.

The flights were all completed in one day.  Two flights had to be cancelled.  One due to excessive wind, the other due to a bald eagle chasing the drone.  That is the first time I’ve seen a bird chase a drone, the eagle was closing in before I diverted the drone to come home.  We were able to cover an area of 2.2 square kilometers with high resolution photography.  Each flight covers about 250 acres just short of 1 square kilometer per flight.

The photo quality that was produced is outstanding.  With this flight pattern a consistent photo resolution of 4.0 cm/pixel was obtained.  To put that into prespective Google Earth’s highest resolution data is at 65cm/px and the best satellite data you can buy today is 30 cm/px. Photogrammetry techniques and software were used to produce the 3D model, point cloud and mosaic stitching.  This software as improved substantially in the last couple years.  You do need a lot of computer horsepower to run the calculations though.

Lets take a look at some of the photos.  The two photos below are showing the ghost town that is located just North of the claim boundary.  Some ground photos of the same spot can be seen in this post, Southern Cariboo Prospecting Trip 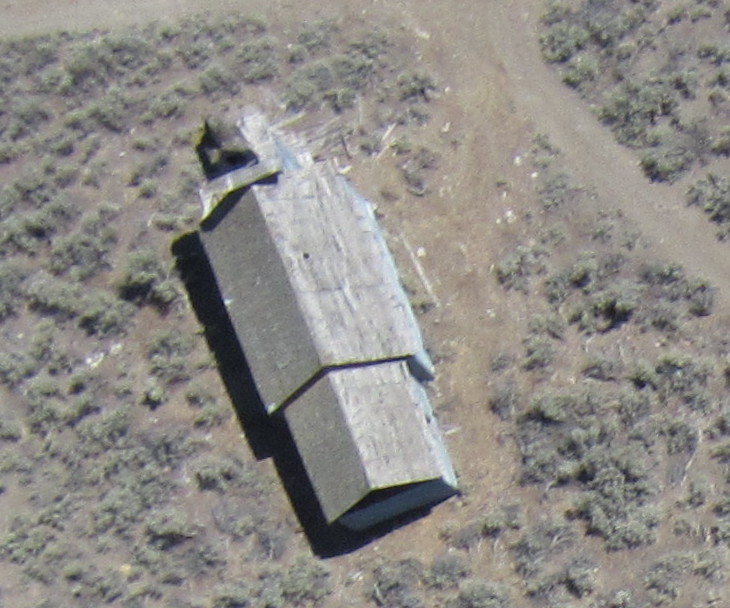 Here is an image of the same spot in Google Earth for comparison:

This set shows my SUV which was set up as a base station for the UAV operations.  I had a special antenna mounted on the roof and a laptop with the UAV ground control software inside the SUV.  You can clearly see the vehicle and I am standing just behind it. 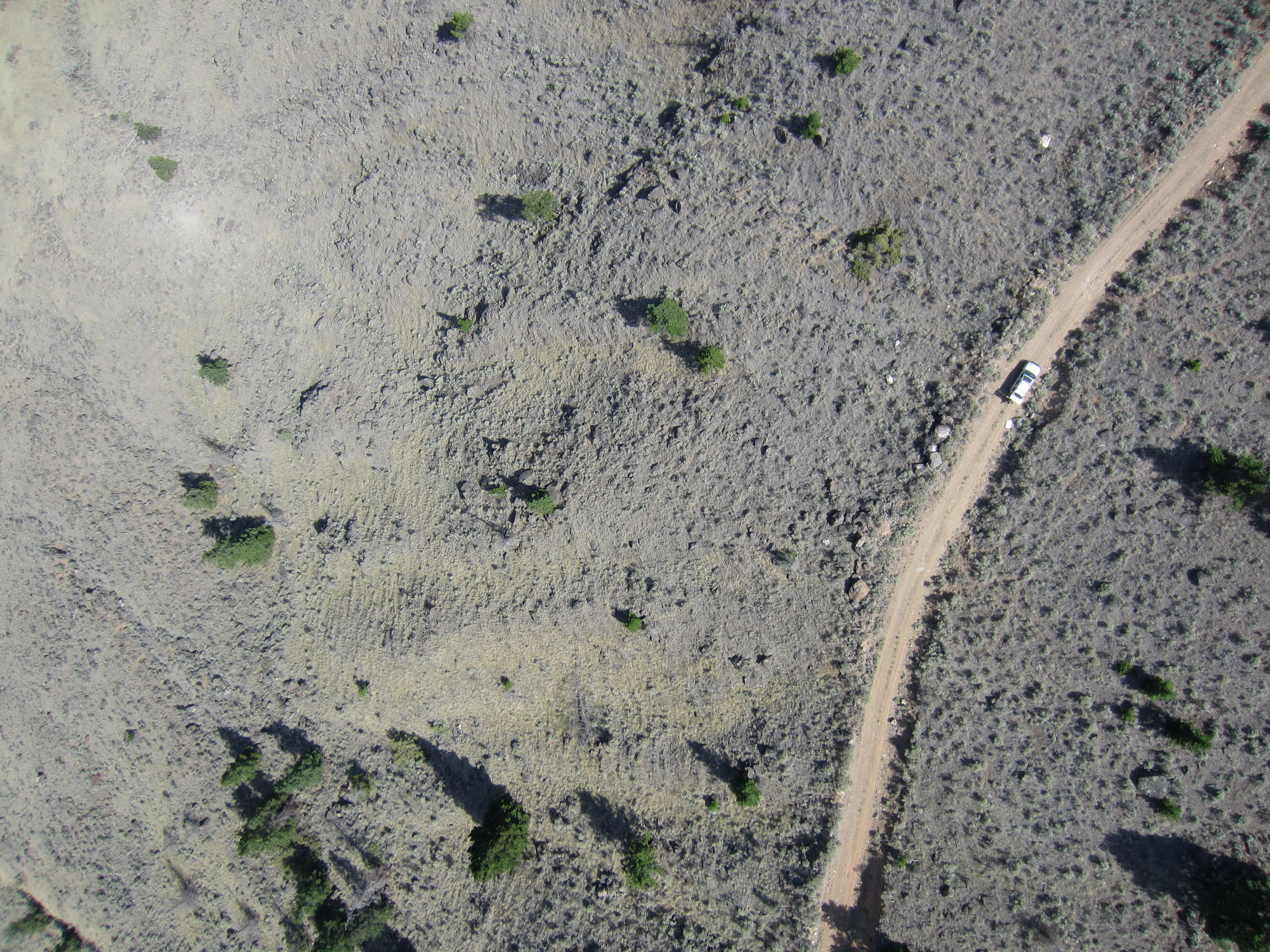 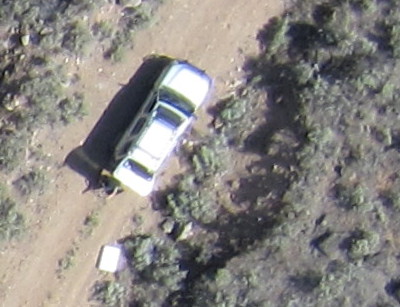 Here’s a short video of me launching the drone.  Its a pretty simple system, once all the pre-flight programming is complete you shake it three times and send it on its way.

Here is an overview of the 3D model that was produced.  We essentially created a 3D environemnt similar to a video game that you can fly around in and check out terrain features.  Its similar to google earth except much higher resolution.  The second image is actually from within the 3D model, not a photograph.

All the data that we produced with this drone is georeferenced.  That means that each pixel has a real world coordinate and the model matches up with its real world position.  Here’s a couple shots of the orthophoto and the DEM overlayed in ArcGIS. 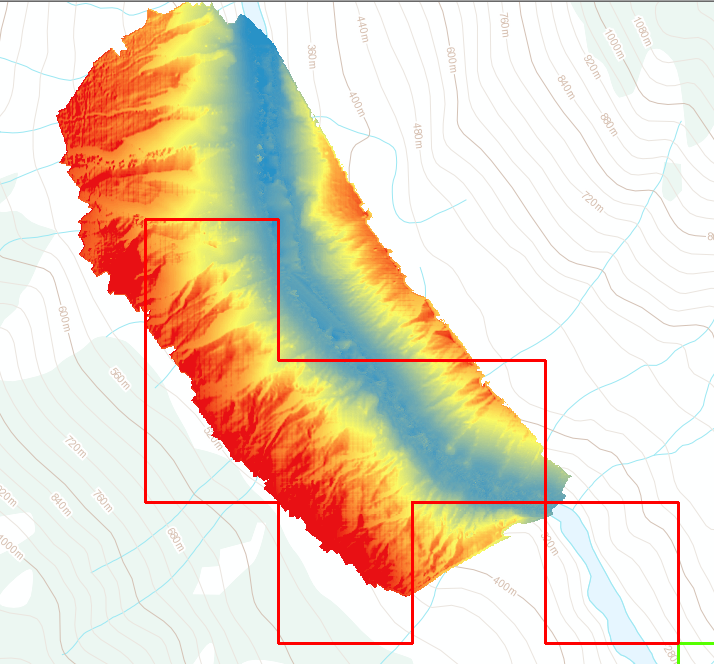 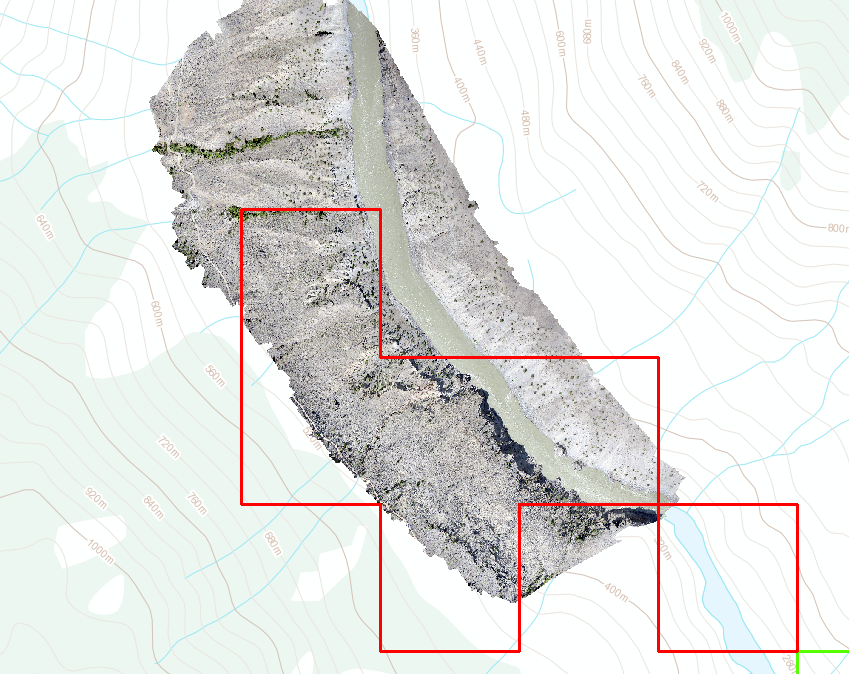 You might be wondering why go through all this effort?  Yeah drones are cool and all but what does this imagery offer to placer miners?  The biggest thing we are looking for is ancient river channels or paleo-placer deposits.  Using the high definition 3D imagery we can look for signs in the terrain where an ancient channel may have been.  In addition to ancient channel mapping we can plan access for people and equipment, analyze land forms for placer potential and know where we can set up machines that need water.

In the future we plan to do some subsurface mapping with a ground penetrating radar system.  This will parallel nicely with the UAV data to give us a clear map of the subsurface gravel layers.

These services are provided by West Coast Placer, if you are interested in drone imagery send us a note via the contact page.

One thought on “Drone Mapping of Placer Claim on Fraser River”