In the last couple years the BC government has changed the radio frequencies used on all the forest service roads (FSRs).  They used to post the frequencies used so that you could type them in to your handheld radio.  With your radio programmed you are able to communicate with other users of the road, ie. logging trucks.  The radio system is primarily there as a safety procedure to prevent collisions on BC’s narrow backroads.  The cryptic system that they are now using takes away that safety tool if you are not prepared. 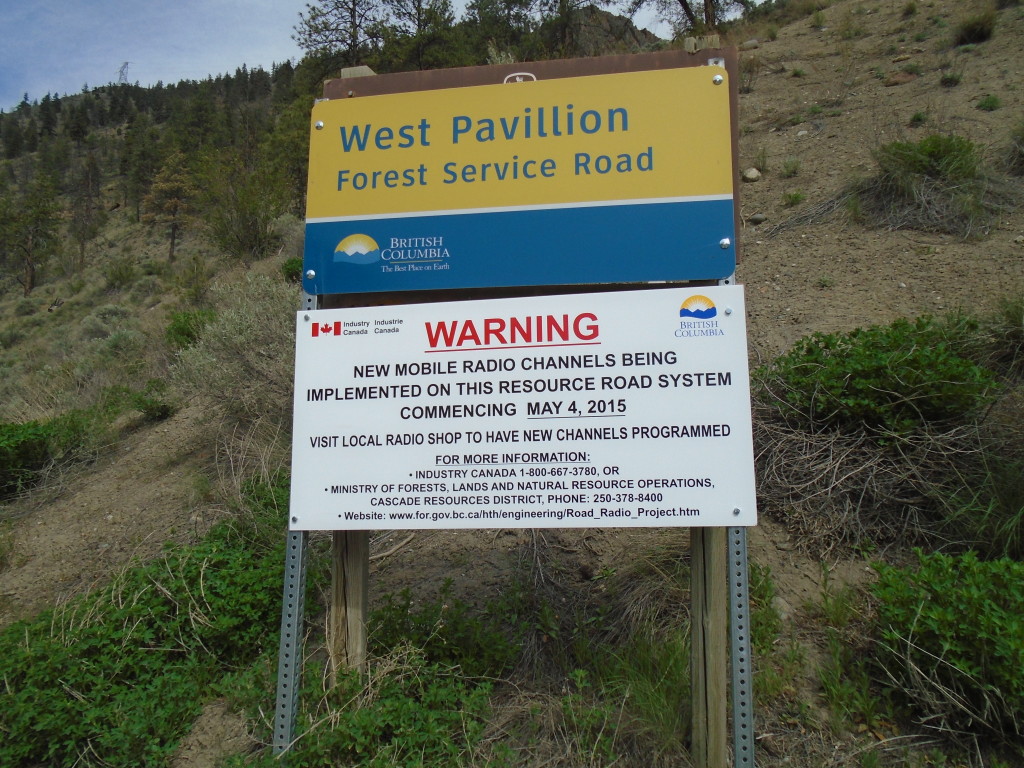 I was caught off guard in 2015 when the radio frequency was removed from the West Pavillion FSR which I use to access some of my claims.  A sign that mentioned the change was in place but it did not state the new channel.

I found a decent map online that shows which FSRs are using each channel.  This map also shows all the FSRs which is cool.  You can look around without having to pull out your backroads map book.  Here is a link to the map, Chilliwack FSR Map.

This post will help you program your radios for BC’s new RR radio system.  You will need a few things for this:

I am using a Baofeng UV-5R programmable radio.  I can’t say enough good things about this radio.  It is inexpensive (~$30), powerful and has lots of memory channels.  The coolest feature is that they are field programmable too.  More on the Baofeng UV-5R here, Gear Review: Baofeng Handheld Radio.  This guide works for other radios such as a Kenwood or Motorola, although you might need different software.

The cable that I’m using is a FTDI 2-pin Kenwood style.  It works for Baofeng and Kenwood radios.  For this post I’m using my laptop running Ubuntu linux.  But this guide will work with Windows too.

The software is really the key to the whole programming procedure.  There is an excellent open source program called CHIRP which stands for CHInese Radio Project.  CHIRP was designed to make it easy to program cheap Chinese radios such as the Baofeng, it also works on just about any other radio out there and its free.

OK lets get started.  The first thing that we have to do is get a list of frequencies.  I found them on a government website, but I’ll save you the trouble and post them right here. 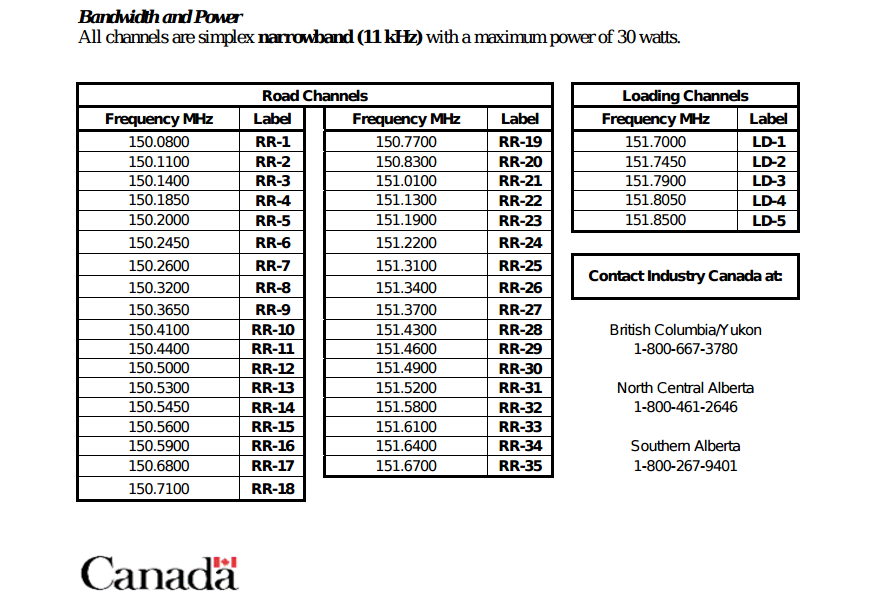 You need to download and install CHIRP, on Ubuntu all you have do is run this command:

That will download and install the latest version from Ubuntu’s repositories.  If you are running Windows or Mac you can download CHIRP from their website here, CHIRP Site.  Installation is easy, just run the .exe file and you’re good to go.

Next start up the program, on linux you need to run it as root (AKA administrator) you can do that with the following command:

OK, now that CHIRP is started you have a few options.  You can clone your radio’s existing channels and modify them.  You can start a new file or load in an existing one.  Lets start one from scratch.  Click on the File menu and select “New”.  In my example I added a couple extra channels at the top. 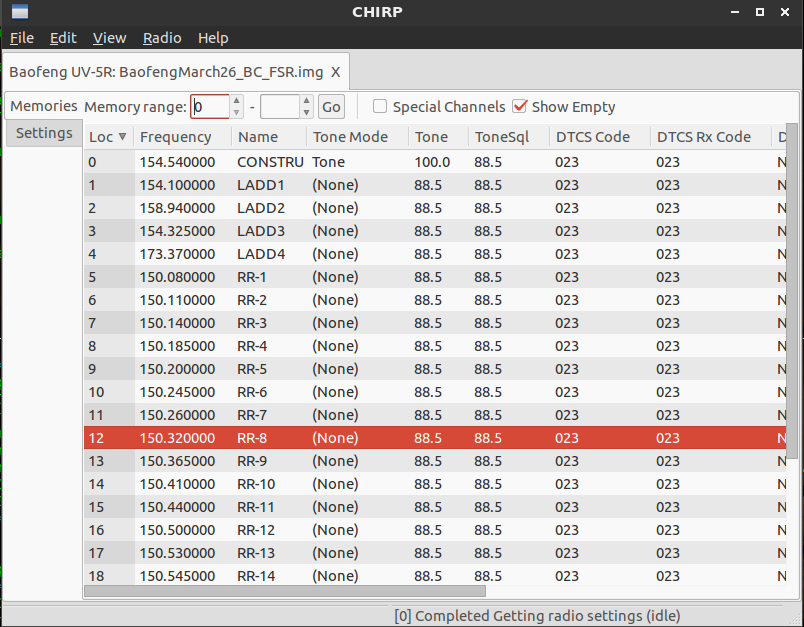 It’s a pretty straightforward application.  The window functions a lot like a spreadsheet, there is a row for each channel and different parameters are defined in each column.  The BC RR channels are pretty basic so you can ignore most of the columns.  The RR channels are simplex, that means that they use the same frequency for transmit and receive.  Most public channels are simplex.  They have no carrier tone or any other funny business.  So we just have to enter the frequencies and the name.  Leave the rest of the settings at the default values.

After entering all 35 channels you are ready to load them onto the radio.  To do that first connect the programming cable to the radio.  It plugs into the port where you can add an external microphone.  See photo below: 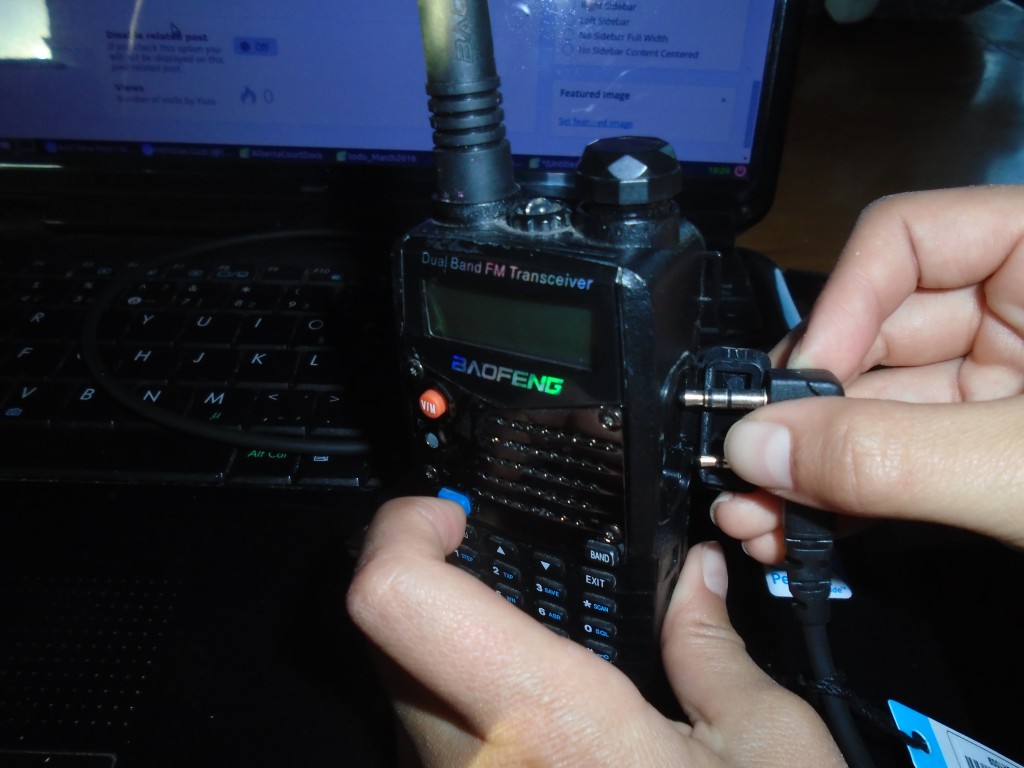 Make sure the radio is turned off when you connect the cable.  Otherwise it could shock the memory and wreck the radio.  The software will need to know which serial port you have connected to.  In linux you can get that information with the following command:

That is telling us that the programming cable is on port “ttyUSB0”.  In Windows the easiest way is to look at your serial ports in the device manager.

Now you can upload the channels to the radio.  Turn on the radio with the programming cable attached.  Then choose “Upload to radio” from the Radio menu in CHIRP.  You’ll be prompted for the serial port, in my case ttyUSB0.  You will also need the radio make and model.

Once you hit OK, the upload will begin.  You’ll get a nice progress bar to show you how its going. 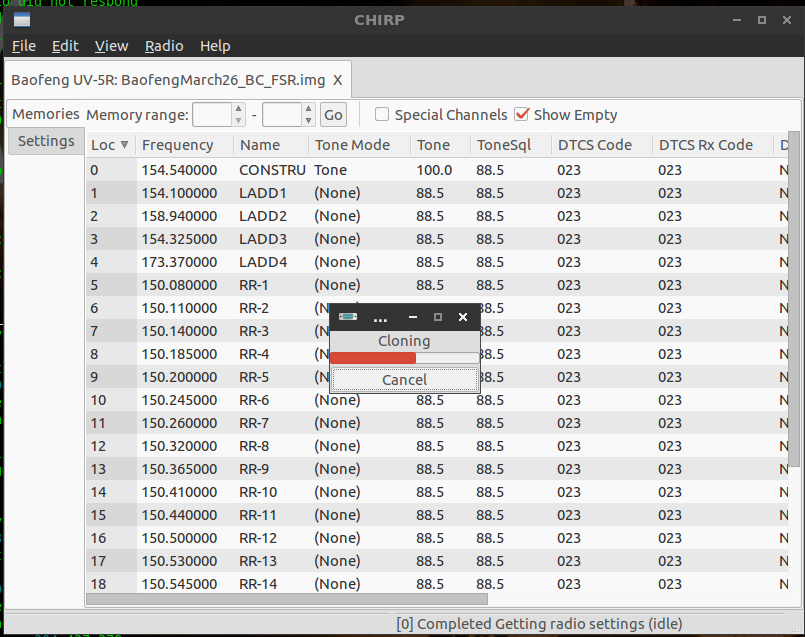 That’s about it.  Make sure that you turn off the radio before you disconnect the programming cable.  Now you’re ready to hit the back roads and communicate with other travellers.