Placer mining and exploration breeds innovation like no other activity.  Virtually every prospector that you talk to has their own idea of what the best tool, product or technique is.  If you ask three different miners what the best sluice is you’ll get three different answers.  Much of the innovation comes from the trial and error learning process of placer mining.  What works at one claim might not work at the next.  You just have to experiment until everything works the way you want it to. 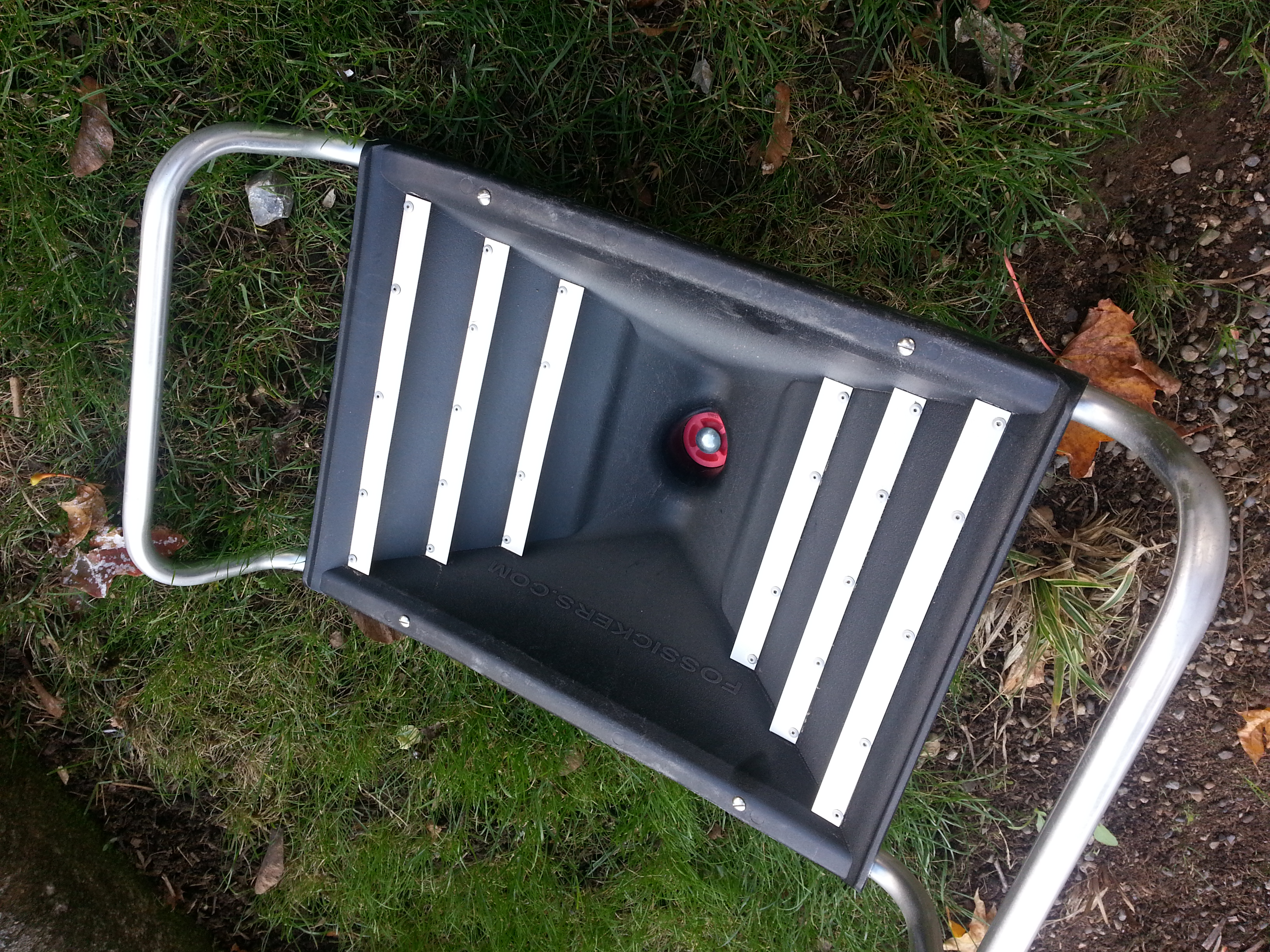 The history of placer mining has a long list of innovations and miners benefited with increased yields at each step along the way.  The gold pan was one of the first inventions, then followed the rocker box, sluice, variations of the sluice such as the long tom, hydraulicking water jets, dragline dredges and so on.  The miners in the Klondike gold rush learned to melt the permafrost using fires to reach the bedrock below.  Now they use modern excavators and bulldozers but it had to start somewhere.

Every inventor claims that their product is the best.  It can be hard to distinguish the good from the not so good.  In the case of the Pyramid Pro pan developed by Dennis Katz at Fossickers.com it is a game changer.  I am not affiliated in any way with the manufacturer of this pan I just really appreciate the technology.  Fossicker is an unusual word, according to their website it is the Australian word for gold prospector.

There are other pyramid shaped pans on the market but this one has some very unique features.  First off it has insane riffles!  These riffles do two things.  They break up clay or hardpack along with the violent action of the pyramid panning motion.  And they prevent any dense material (ie.gold) from escaping.  The violent action must be emphasized.  In conventional gold panning you want to avoid too much force and splashing because you will force your gold right out of your pan but that is the essence of the Pyramid Pro.  The action is hard to describe and best seen in person.  Check out the developer’s own instruction video below to see how it works.

It is a little funny how the Fossicker keeps saying to “stratisfy” the material.  What he really means is stratify, maybe its an Australian thing too.  You hold the pan with those big handles almost like you’re holding a gas powered ice auger.  It is a bit of an arm workout when you are going through a lot of material but the Pyramid Pro is designed to do exactly that.  The experience is very unique and has little to do with conventional gold panning.  The Fossicker calls the neck of the pan a pre-mix chamber.  Once you get the technique down nothing will escape that chamber.

The most important benefit for prospectors is that this pan is a lightweight unit that can concentrate a lot of material.  It can essentially replace a small sluice or highbanker for a similar amount of material.  Where it pays off the most is in places where you need to hike in to access a claim.  You are not going to hike with a trash pump, sluice and hose for any considerable distance.  With the Pyramid Pro there is no need to.  I’m not saying its going to replace a highbanker or dredge when it comes to production.  Technically it could but you would need forearms like Popeye.

Where this pan really shines is in volumetric sampling.  That means taking a sample of a set volume and using the gold values to estimate the pay over a larger area.  For example you can take a sample of 50 liters of raw gravel.  Concentrate it with the pyramid pan and then separate and dry your gold.  You can then weigh that gold and extrapolate that number to a cubic meter or yard.  As an example if you had 0.025 grams of gold recovered from your 50L sample that would equal 25g per cubic meter or almost an ounce.   With careful sampling you can be confident that the area is worth the time and money to mine it. 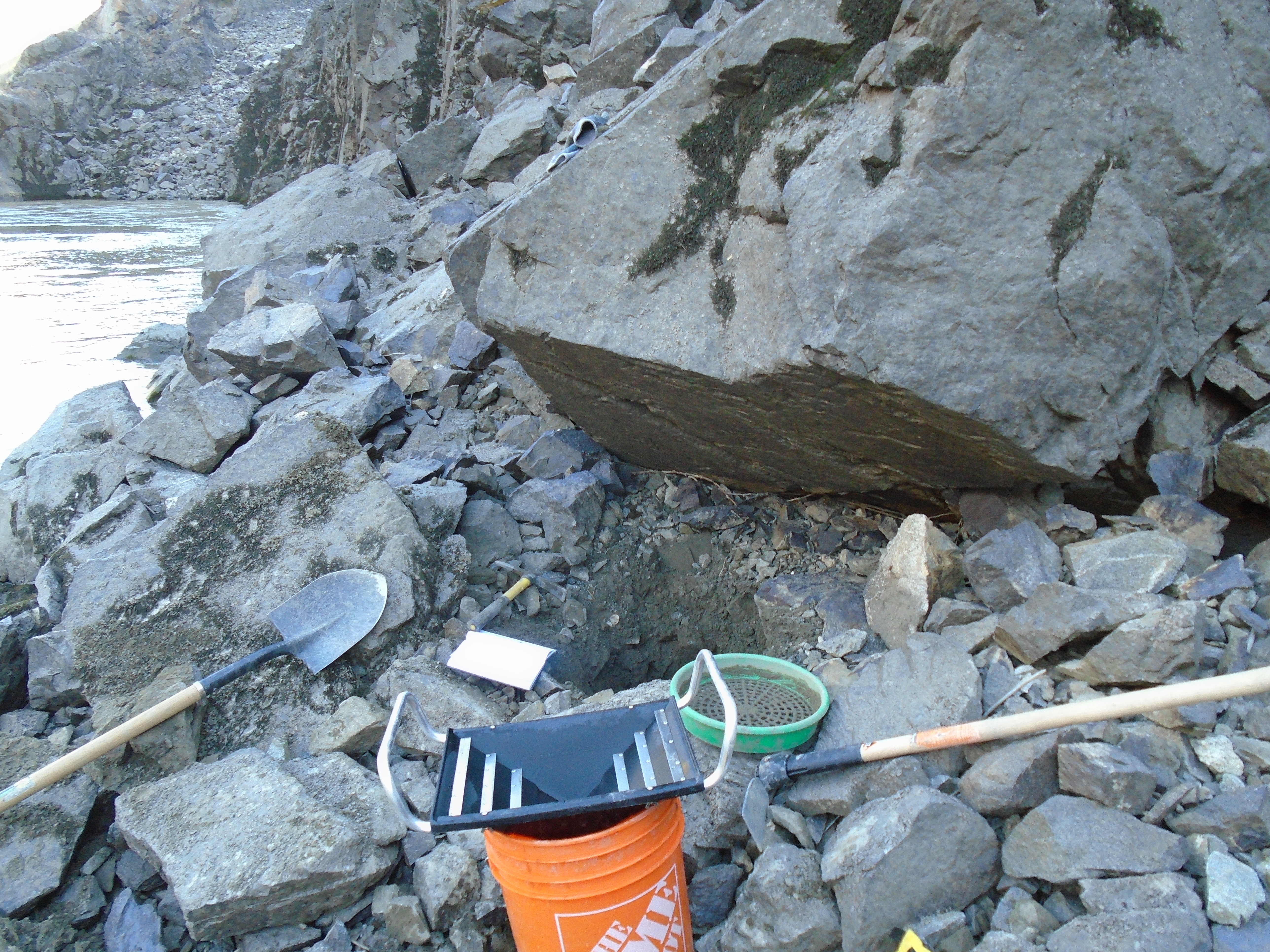 The pressure plug at the bottom makes taking samples super easy.  Once you have concentrated your sample down, you just pull the plug and dump it into a container.  If you were doing the same thing with a highbanker you would have to do a full clean up for each location.  With this tool you can rapidly sample a large area in no time flat.  The plug can be easily replaced if you damage or lose it.  The plug is just a 1.5″ plumbing plug which is available at any hardware store.

The plastic is surprisingly tough.  I had my pyramid pan on the back of my pack on a particularly perilous prospecting mission.  I wiped out on a jagged rock outcrop and landed with my full weight on the pan.  I thought it was going to be toast but was relieved to see that no damage at all had occurred.  Likewise with my other plastic pans.  I don’t know what kind of plastic they use but it is unbelievably durable.  The Fossickers website claims that it has a lifetime guarantee just in case you did manage to break it.

The Pyramid Pro pan is the center of my sampling technique.  The fact that it is ultra-portable and can concentrate a lot of material makes it an indispensable tool for the modern prospector.  They are not cheap though, I paid $120 for mine and its worth every penny.

You can pick up a Pyramid Pro pan at:

SMI Electronics in Vancouver, BC
or
Motherlode Prospecting in Kelowna. BC

Search for Slumach’s Lost Gold Mine – ...
Placer Exploration in the Yukon
7 Common Mistakes Made by New Placer Miners
Where does placer gold come from?